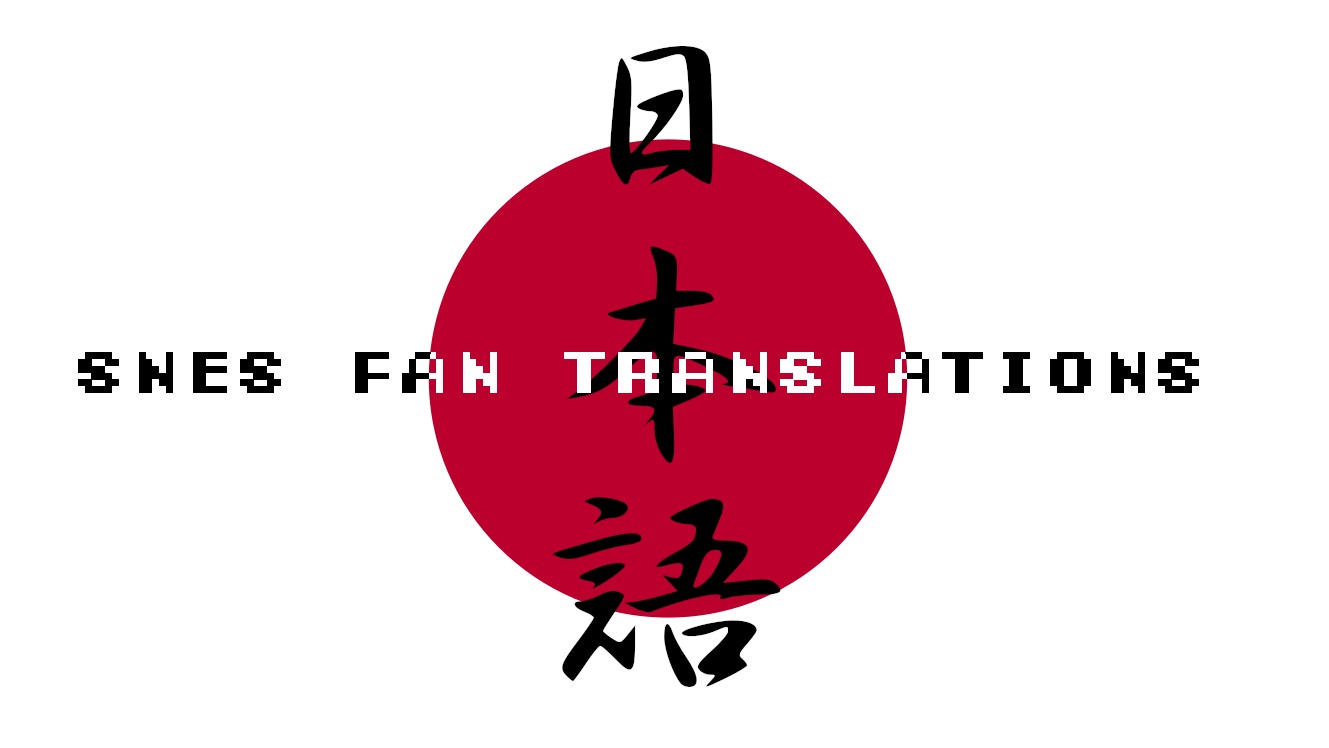 The days of 16 bit wonder was a different time. I grew up in Europe with imports from US. Everything was fine, until I found out about Japan exclusives, sealed away by language barrier.

The emulation scene started in the 90s to bring those titles over to us by translating them with hard work; at times taking years to finish individual projects. These are essentially Romhacks, but with a focus on localization. And as such, they come in a patch format.

My focus in this article are English translations of SNES games released in Japan only. A few got remakes or official English releases on other systems at a later time, such as Seiken Densetsu 3 or Final Fantasy 5. I felt like to include them anyway for historical reasons. What I do not list are other languages, re-translations from English or any mod doing notable gameplay alterations. The list comprise genres other than RPGs as well. Sometimes a game fits barely into a single category or at any at all. You might not agree with my decisions. If that is not a deal breaker to you, then enjoy exploring and try out some new stuff. Have fun!

Important: I do not link to or offer ROM files for download. Please do not ask me about ROMs.

How to play a Fan Translation

At this point I recommend you to visit my previous article about Romhacks in general, which includes a simple how to tutorial. Translations are nothing else than Romhacks, so the same procedure applies. And its not hard either. Just open up the application, choose both files and create the new ROM with the translation applied. More on that in the article SNES Mods and Romhacks. Then you should be able to play the translated game on most emulators. Read the notes from the patch for special requirements or known bugs, if you experience problems.

Archive – A snapshot of all discussed Translations

I have collected almost all translations in this article into a single downloadable package, including PDF conversion from the webpages or download sites of the source material. This is for archival reason and serves as a backup. Some projects are still under heavy development, so I recommend you to check their websites for any possible new version.

Note: No Roms included, only patch files and documents. 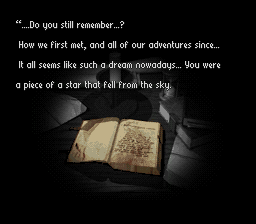 Translations in context of the emulation scene are modifications of existing games, basically Romhacks with a focus on localizing ingame text to another language – usually from Japanese to English. These are made by fans and hobbyists to make games playable and understandable for those who don‘t speak Japanese or any other specific language. To be on the legal side, only patch files are provided. In order to play them, you have to know how to patch.

Based on the anime series Sailor Moon S, but with a new story. Interestingly the characters can perform combo-attacks like in CT, otherwise very standard stuff.

Based on the famous anime and the NES games. World structure is an open world and the battle system essentially a card game.

Has an interesting mechanic to tame some monsters for adding them to the team and the whole Story is divided into different time periods.

Story and gameplay are typical for the series. The job class system makes a return and the setting is divided into real and dream worlds.

Traditional FF game with the main gameplay feature element of the complex job system. Official translation came out on other systems.

Remake of an open world post-apocalyptic NES RPG. Tanks are a major part of the game and can be created and customized.

Starts off by choosing one of main eight characters, ton of others to hire and an non linear open world design structure. Focus is more on world exploration and less of story.

A full editor for creation of whole new genre typical turn based JRPGs. One of the earliest versions of the program, which later became popular on PC.

Oldschool dungeon crawler like Eye of the Beholder, with a demonic setting and atmosphere. New allied demons can be created by fusing them.

Like an arcade game with stages, continues and a password system, but with RPG elements. Focus is on dungeon crawling and fast combat.

Stages are side scrolling shooter like Cybernator, but with heavy focus on story, cut-scenes and RPG elements, such as job system and customization.

Zelda with guns and a strange mix of wild west theme with sci-fi elements. The emphasis is on combat like a shooter, less of puzzles.

A pirate themed Act/Adventure with the Zelda engine by Nintendo. The twist is, that 3 different characters can be controlled and switched to.

At game start a team can be chosen freely and the leaders background story will be played first. Finally 2017 an official translation is released on other systems.

Impressive graphics and voice acting for the system. Battles are random separate screens, but real time action. Made by same developers of the Tales of-series.

Has random battles, but an unique side scrolling real time combat system with special attacks. The presentation is just phenomenal on the console.
Note: A critical analysis about this translation.

A unique blend of grid based fields, but the combat itself is traditional turn based. Also the dragon concept adds an interesting twist.

A very unique blend of action RPG combat and a strategy mode for resource management of the cave.

Actually a remake from Mega Drives Langrisser 2. Control an army on a grid based battle field like in Advance Wars, but with RPG elements.

From the makers of Lufia comes a combination between traditional JRPG exploration and a complex, deep tactics style isometric combat.

Greater focus in story and character development than previous entries and is split in two generations. Introduces the romance and weapons triangle.

Story is set between the generations of Geonology of Holy War. Same grid based battle concept as previous entry and probably the hardest in the series.

Game is divided into several vastly different chapters and can be played at any order. Overall a very short and interesting play.

Isometric view of field with semi-realtime combat similar to a rogue like. Enemies move only if you move. Known for it’s short play through.

Turn based 1vs1 military strategy game. Goal is to make money, build an army, capture buildings and destroy the enemy team. Plays like Advance Wars.

Tactics Ogre: Let Us Cling Together

Feels and looks like Final Fantasy Tactics, a turn based tactical RPG. It has strong focus on deep combat system and a branching storyline.

Plays like an actual traditional JRPG like with towns and castles, but the battles are grid based strategy with action points.

Finally Mystical Ninja 2!! A mixture of two genres, stages are platformer an towns are like an Act/Adventure. Game is filled with lots of crazy Japanese stuff and mini games.

And finally Mystical Ninja 3!! Same concept and premise as their predecessors. Crazy Japanese stuff and an unusual genre mixture.

Similar mix like Mystical Ninja, but more focus on RPG elements. Stages are side scrolling action, while towns consist of top down view and NPC talks.

Very cute and colorful side-scrolling platformer with metroidvania elements, but with stages like in a jump & run.

Donald Duck no Mahou no Boushi

First half starts off as a mix of freely selectable bonus games. Later on the stages become more traditional platformer.

Based on an anime. The adorable AI controlled companion can be transformed into other forms, to make through the stages.

Imagine Castlevania guns, sums it pretty much up. Beating a boss allows for switching the demonic form of the hero, with varied skills.

Plays like its predecessor with, including 2-player co-op and battery save. Otherwise nothing spectacular new, but a beautiful experience.

Based on an manga and by the same guys who made Hagane. An average side scrolling action game without innovation, but fun to play.

The special feature here is the grappling hook and its physics based behavior. Swing, climb and find a way to the exit in each stage.

The player controls a colored cube and rotates on a field with colors. Rolling over with the right combination will kill them. Nice presentation.

Put the stars between matching animal blocks to make them disappear. Game is a remake from game boy title and adds a story mode.

An unique puzzle game concept, where each block can take a color by inhaling one and exhale to another. Every color have its own behavior.

A competitive match block like puzzle game with the platform controls and mechanics from the original. Btw the original NES game is included as well.

Atmospheric slow paced survival horror, where the player is constantly hunted by a scissorman. Totally awesome graphics and animations!

An editor to create your own vertical shmup game, beyond a standard level editor, including a graphics editor and music composer!

Links the story of Chrono Trigger and Cross, but alters the gameplay. Very text heavy and choices are limited. Where its shine is the atmosphere and writing.

Competitive sports game with characters from Sanrio. Gameplay is sort of tennis combined with Arkanoid, like Windjammers in vertical format.

Formula 1 racing simulation in 3D perspective like F-Zero. The car can be configured and racing feels fast and fluid.

Pretty good port from the arcade version, responsive, full of details and ton of weapons. Sadly no 2 player mode.

I barely scratched the surface of this topic, but scratched a lot. Many great translations are left out, because otherwise the list would have been flooded. Also, you might want to play a game in your native language other than English. It can be worth checking out, if such a “special” version is available at Romhacking.net.

Here are some honorable mentions, which didn’t make it into the list or are recommended by the community:

Have a look at these websites for more content and information: 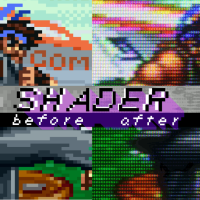 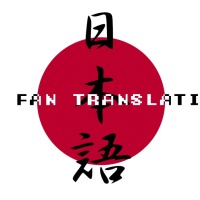 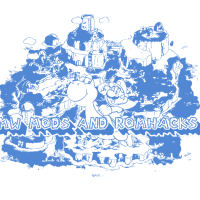